Keep cool, the game does not end with Brexit 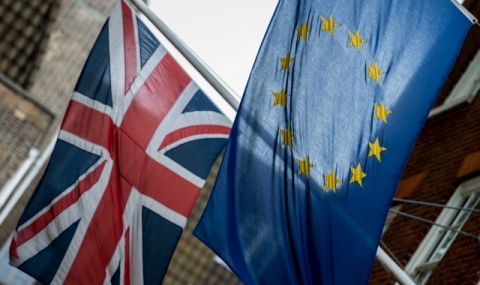 Brexit affects the foundation and identity of United Europe

In September 2000 the former Enlargement Commissioner Guenter Verheugen, now a political pensioner proposed referendum on the EU enlargement. The idea of ​​Verheugen then stirred not only the blood of Eastern Europe, which was waiting to take its European place but also of Western Europeans who have a permanent fear that someone will scatter their tidy part of Europe. That was before the biggest enlargement of the Union, when the question "Why" to expand United Europe had a ready and undisputed political answer. The question of Verheugen seemed extremely offending, at least for us Eastern Europeans. It looked even speculative because the economic answers were obvious and well calculated with the introduction of the euro. The only question of the day was "When" and the idea to ask the citizens of Europe for the enlargement seemed not only inappropriate at the time, but represented a dangerous game with the irrational fears of citizens, lured by the sweet political poison of the periods of transition …

In June 2016 the British made a referendum, which questioned not the enlargement of the Union but its ... shrinking. And it turned out that today's political pensioner Verheugen was… right.

The British took their Hamlet’s decision. It seemed that all the time it has been evolving at the Elsinore castle. It is their right. There has never been more dramatic counting of votes in the EU history. So dramatic that it seems to be copied from the pen of the great Shakespeare. Even at one point in the early hours of June 24 the tiny lead of whichever of the sides did not matter. The result remains with the same consequences regardless of the winner.

In the place of the British could be Germans, Danes, Hungarians or Bulgarians. The political bookmakers behaved so inadequately that they looked like incompetent stock speculators who have confused the British pound with Mongolian tughrik. And it could not be any different, because the decision for Brexit affects the foundation and identity of what we used to call United Europe. By the way, on the night of June 24 the British pound crashed to its lowest levels in 30 years and Europe has not felt so helpless since its revival from the ashes of World War II.

This moment was inevitable, although "crooked political mirrors" have replaced reality. When the Norwegians in 1994 were invited to the EU, but refused to join through a referendum. And when the French and the Dutch guillotined the EU constitution. And when the Euro was introduced despite the questionable willingness of the European citizens.

This was going to happen sooner or later. The great irony is that instead of enlarging to the East, Europe began shrinking to the West. First was the Euro zone, then Schengen ... And there was enough time. At least since 2004, when the Old continent fell into deep reflection. In this reflection politicians did not understand citizens. The opposite is also true - citizens did not understand politicians because they wanted strategic projects with tactical measures.

Of the many consequences the worst is associated with thinking. Europe has to build a new comprehension of what kind of Union it wants. The psychological effects shall be most severe and must be overcome. The mental coma is the most dangerous prerequisite for a chain reaction from Brexit to all kinds of “Exit”.

Years ago the expert on European politics Timothy Garton Ash put it this way: “The great game called enlarged Europe is in the process of development. It is almost as enjoyable as the game called Diplomacy and equally deceptive. Nobody knows how it will end.”

But here is a forecast - the game will not end with Brexit.

Still, Keep cool Europe. The game will not end with Brexit. London is only 171 kilometers away from the mainland.